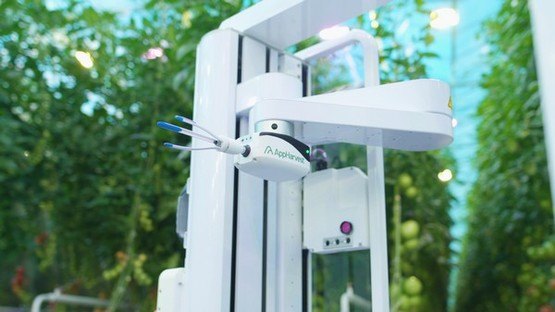 The US greenhouse company AppHarvest has acquired Root AI,

an artificial intelligence farming startup that creates intelligent robots to help manage high-tech indoor farms. “Farming as we’ve known it is broken because of the increasing number of variables such as extreme weather, droughts, fire and contamination by animals that make our food system unreliable. Indoor farming solves for many of those challenges, and the data gathered can exponentially deliver more insights that help us predict and control crop quality and yield,” said AppHarvest Founder & CEO Jonathan Webb. “One of the key challenges in agriculture is accurately predicting yield. Many downstream decisions from work scheduling to transportation to retail planning are based on that. Any deviation between projection and actual yield can result in fire drills for numerous functions to adjust for the change, and AI can help solve for that.”

Root AI co-founder and CEO Josh Lessing will take on the role of Chief Technology Officer for AppHarvest where he will take the lead in continuing to develop the robots and their AI capabilities for the network of indoor farms that AppHarvest is building. Lessing, along with co-founder Ryan Knopf who will join AppHarvest as vice president of technology, helped establish Root AI as an early leader in employing artificial intelligence in CEA. Virgo is the world’s first universal harvester, which can be configured to identify and harvest multiple crops of varying sizes including tomatoes, peppers, cucumbers, and more delicate fruits such as strawberries among others.

Controlled environment
Though Virgo can work indoors or out, the robot’s focus has been on controlled environment agriculture. Over the past three years, it has collected the world’s largest data set of tomato images to enable it to identify more than 50 varieties in multiple growing environments and at varying stages of maturity to learn how and when to harvest.

Virgo uses a set of cameras combined with an infrared laser to generate a 3D color scan of an area to determine the work it can perform. Once it maps the tomatoes, it assesses their orientation and determines if they are ripe enough to pick. The robot can be programmed to make other quality assessments as well. The scan enables the robot to find the least obstructive and fastest route to pick the crop ahead of the arrival of the robotic arm and gripper. The robot can identify hundreds of tomatoes in a fraction of a second without having to connect to the cloud. Virgo keeps score on its success rate like a video game. A built-in feedback mechanism constantly evaluates its efficiency so it learns how to harvest any given configuration of fruit most effectively.

“A piece of food—whether that’s a tomato or a berry or a cucumber—is an outcome from many variables that are part of the growing process. Enhanced data collection for each plant through the robot can lead to insights that teach us precisely how to design better, more resilient food systems that are reliable and that produce more food with fewer resources,“ said Lessing. “Joining forces with AppHarvest is a natural fit: we want to ensure a stable, safe supply of the nutritious and healthy food that people should be eating -- grown sustainably -- and doing that at the scale of AppHarvest gives us the opportunity to make the greatest difference.”